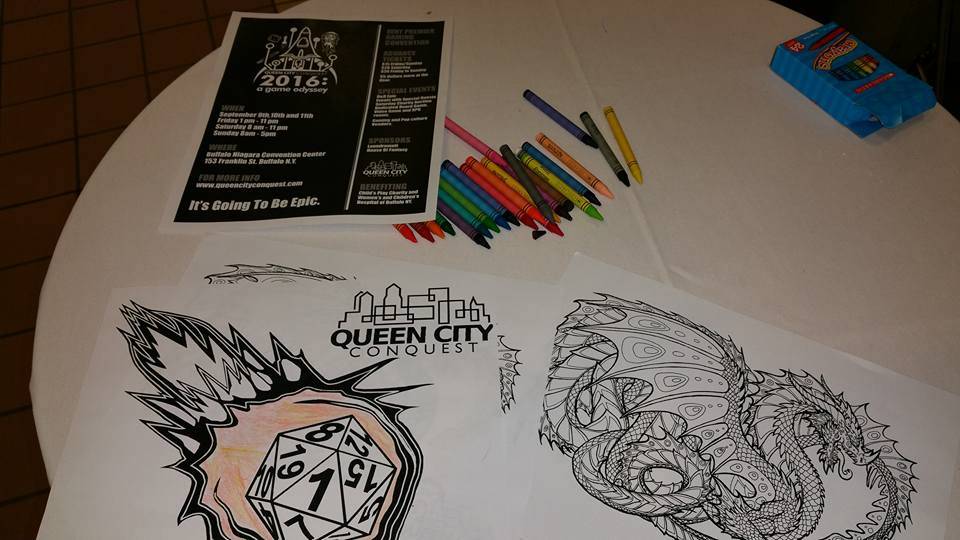 If you are going to be at QCC, where can you find Gnomes?

Due to buying a house and other craziness, Angela missed the deadline to submit official events to the convention, but she’s still coming prepared to run Monster of the Week for at least one session. For the most part, she’s hoping to get a chance to relax and play some games (she’ll probably be stalking Senda, hoping to pounce the moment she runs a game). You can also expect to see a #tableselfie and other pictures after the convention ends.

Senda will be running her famous Hitchhiker’s Guide to the Galaxy All Outta Bubblegum game and Lasers and Feelings on Friday afternoon, and will be looking to get together a pick up game of Grant Howitt’s latest game Royal Blood. And play all the other things. So many other things. Possibly in a panda suit and/or elf ears.

The members of Encoded Designs, many of which are local, will be there running awesome games through the company table. Chris, Phil, Bob, and John can be found playing Fate and Dungeon World, playtesting H2O, running some 5e and hanging out with friends. John will be running his Tarrasque game, which isn’t fully Encoded Designs, but the layout worked better.

So that is the Gnomes’ official schedules for QCC. If you will be at QCC, come hang out and see us, help us make some awesome gaming memories, and have a blast, we’d love to see you!