Ever since my long-ago teenage years, when I wasn’t allowed to play D&D – just look at the books, I’ve played a kind of mental game with the spell lists from the various editions of D&D – What spells would I want to be able to cast if I could do so in real life? 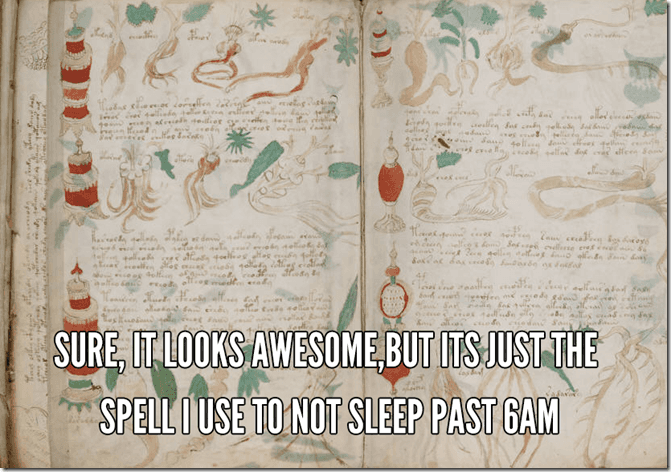 As a mental exercise, it is a fun way to look at the fantastic and try to envision what the everyday lives of the characters we play would look like. Much like modern superhero movies envision more realistic implementations of superheroes and their powers, considering these spells and abilities we use to down dragons and tarrasques and how they would be used in the down times between fantastic adventures can make us rethink innate bits of our characters. A scene in the first X-men movie had Bobby “Iceman” Drake chilling a beer for Wolverine. In D20, there is no easy low-level way to do something like that. I tell you though, if I were a 7th level sorcerer who just grabbed a skunky beer at the tavern, I’d be whipping out a low level version of Ice Storm to make that a better evening.

The Mundane is Often Where Roleplaying Lives

While games generally focus on distinct areas of play, and D&D style games are generally about combat, the moments we roleplay out are generally the most mundane ones that mimic our real lives. Fiasco playsets are by and large set around real world examples or very graspable tropes in tv and movies. Rare are the playsets that focus on the deep action elements. While it is fun to set up the narrative of the car careening through traffic, rarely in our roleplaying do we accurately play out the spinning of the wheel back and forth in detail. It’s an element, but it only enhances the situation at large.

In A World Where The Fantastic Is Common, Mundane Magics Proliferate

Any world where magic exists would have “kill the red dragon” level spells, and many would learn them. But, more common would be the spells that let you do so much more with your everyday lives. Take something like Unseen Servant. If I had that in real life, I would never fold clothes again. I’d command “Fold my clothes neatly and put them away. When you’re done, do the dishes and scoop the cat litter!” and go off to read another comic book. Another gem of a spell I’d want in a real, non-adventuring life, would be Scholar’s Touch (link), a brilliant mundane spell that would let me prep for games so much more quickly. While there has been much discussion about how to get great advantage with a mundane spell like this on various forums and pages, in a real life situation I’d be happy to spend a few hours at the library reading through all the pleasure reading I never get a chance to do.

The Closer A Game Is To Reality, The More We Look At the Fantastic Being Useful To The Mundane

I grew up with D&D in my gaming DNA, and so I generally default to the massive D&D 3.5, Pathfinder, D20 spell lists when I play this mental game. Some games mimic the real world more closely. [pullquoteright] A house rule I almost always use is to let people use powers for free when it doesn’t affect the game aspect of the session.  [social_warfare] [/pullquoteright]Things like World of Darkness, Anything Cthulhu, Superhero Games, or Part Time Gods of Fate talk explicitly about the fantastic elements overlapping real world scenarios. In these instances, we often have more mundane powers that players can  make use of within the framework of the games. I highly doubt any wielder of a Green Lantern ring is sitting alone in their home and stands up to walk to the kitchen to get a drink. No, a green ribbon of telekinetic energy opens the fridge and brings it to them, because that is just part of their life.

Newer games are often more open to the role-playing aspects and mundane uses of incredible abilities, but often Game Masters have to make it known that they are open to interesting uses and interpretations of powers to enhance role-playing. A house rule I almost always use is to let people use powers for free when it doesn’t affect the game aspect of the session. Why is your mage always impeccably dressed and shaven? Oh, you cast unseen servant every morning to clean up and shave. Cool. You use Fabricate to carve sculptures and sell those to pay the bills most days… Yeah, alright. I wasn’t really tracking daily living expenses anyways. 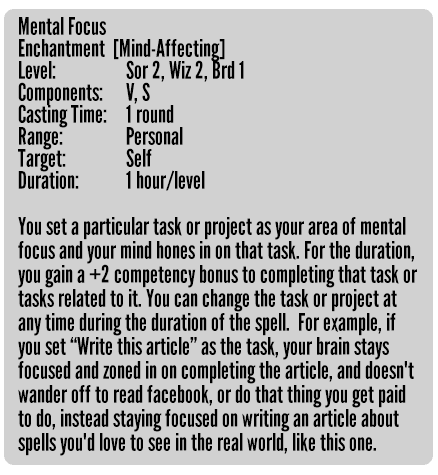 When I’ve been on the player side of things and whipped out some ridiculous, but fun to me mundane use of a power, I’ve sometimes encountered the Game Master’s confused stare about why my character would use their magical charm to get past the lines at the BMV. “Ok, but you have to cast it at full level and it uses a spell slot for the day.” When this happens, the GM has usually missed the point of what I’m trying to do as a player. I’m at once both playing out how much cooler my character is in the game than the other people in the world (as well as how much cooler they are than me), and I’m trying to move past a point in the game that I feel is dull by using something fantastic to quickly overcome it. While this might screw up some of the plans of the Game Master, it’s important to recognize that the mundane elements of the game are as rife for roleplaying and fun as the action-packed elements. If there were some secret at the BMV that I might have discovered by making an incredible roll, why not have the charmed desk worker just gush it out to me instead. The same effect is reached, with the added benefit that the player gets to be incredibly awesome in a situation that is much like, but way cooler than, real life.

Thinking About The Mundane Made Fantastic Enriches Gaming, And It’s Kind  Of Fun

When we play role-playing games, we’re playing a game, but we’re also putting ourselves in the lives of another person in a different, fictional world. If we never stop to think about the lives outside of the game, we have very one dimensional  characters. Being open to the mundane lives of the characters and how they use their fantastic powers to make them easier/more enjoyable is one way to flip the camera on what our games normally focus on. It turns the spotlight directly on the areas where the players go when they build up the character. Some players may just pick a class, a set of abilities, and want to get right into the orc murdering or cyber running, but most think about who and what their characters are. They are avatars whose skin we step into, and the moment we mentally do we imagine ourselves having a slew of cool abilities we would use in the real world. It’s the play side of role-playing. Don’t discount the mundane elements in your games, and encourage the players when they focus on them even with a fantastic lens.

What spell, power, or ability from an RPG would you use in real life, mundane situations if it were available? What intersections of the mundane and the fantastic have you had in your game sessions? What stories do you have of a player using a big power on a little thing and how did you play it out?

Hot Button: To Meta Or Not To Meta?

Modelling Sickness In A Tabletop RPG

Gamer Burnout – Both GM and Player

The Inspiration for Cool Gaming Moments

Dragons In The Stacks